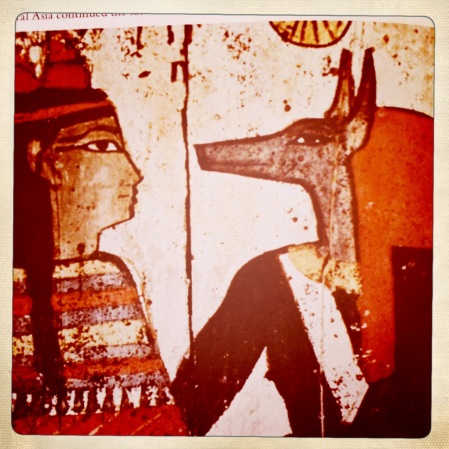 Psalm 63:8-10 My soul followeth hard after thee: thy right hand upholdeth me. But those [that] seek my soul, to destroy [it], shall go into the lower parts of the earth. They shall fall by the sword: they shall be a portion for foxes (שועל).

The Coffin Text of the Middle Kingdom (c2160-1580BC) vivdly shows that the Egyptians personified Death very realistically: ‘Save me from the claws of him who takes for himself what he sees; may the glowing breath of his mouth not take me away.’

It is possible that during the Greaco-Roman period in Egypt, the jackal-headed god Anubis, long associated with the Osirian mortuary ritual, become the psychopompos (guide of the dead) or even the death god. His name was Greek Anoubis, from Egyptian Anpu. 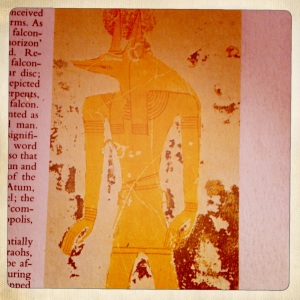 Anubis – Ehyptian god of the dead, ‘lord of the mummy wrappings‘ and inventor of embalming, who led the dead to the place of judgment after death and supervised the weighing of the hearts; shown as a black jackal or a dog, both of which roamed the cemeteries of ancient Egypt. 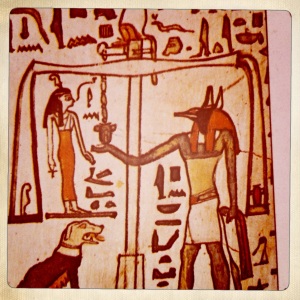 Above: Anubis weighs a heart with goddess Maat ‘s(‘Truth’) feather as the measurement on the scale. A dog waits for a meal below, which it will receive if the heart is heavier than Maat’s feather. The two canine-esque dieties appear to work together.  Dog in Hebrew is Caleb:

And it’s root is an interesting study: