Note: MMH do not own any of the the pictures in this post. We invite the photographer/s to contact us directly, that we may give due credit to their work. For the sake of this blog we have utilized the images for teaching and educational purposes only. No monetary profit is made of the MMH blog nor the images used. Misgana – give thanks, MMH]

This man is an Afar Ethiopian. You may note that he looks expressly ‘European’ in facial features, except the dark pigmentation of his skin. This is because the Afar people, the Ethiopian rootstock, are the fathers and mothers of all European tribes or peoples.

Afar is mentioned in the first Torah portion of Genesis. We give thanks for the work of the Rastafari Renaissance writers for educating InI on this presence in the scripture. The following image has been taken from http://www.rastafarirenaissance.wordpress.com

Eve as she would really have appeared (black-red and earthy, like her husband): 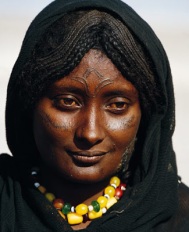 What about other Afar people? 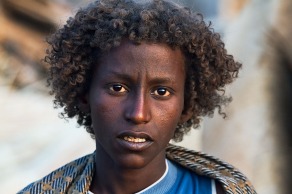 (Abel the son of Adam, the first Afar martyr)

Cain, the son of Adam. Also red-black like his Afar parents.

Icons of the the sons and daughters of Adam and his wife: 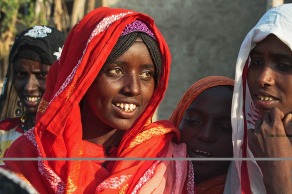 Scientists have discussed the African roots of mankind ad nauseum, but Christians are yet to yoke the secular science with the correct Biblical gnosis. The common interpretation and graphic depiction of Genesis One is a Satanic perversion, as it does not recognize the Ethiopic roots of mankind. Why?

There are so many spiritual, political and social reasons. But we focus on the genetics, for now.
Just as we all recognize without reservation that every type of domestic dog evolved from the common ancestor of the wild type Wolf, we should be able to recognize our own ancestors. If we say ‘It doesn’t matter what colour Adam and Eve were’, we are essentially saying the truth doesn’t matter. You would be looked at as a fool if you said it doesn’t matter what kind of bovine/cow-like mammal gave rise to all the sub-species of cows (Jersey, Indian etc.) because genetics rely on the ability to track changes in the genes and observe genetic migration and population changes. Artificial selection, which Jacob the son of Isaac practiced on Leman’s herds, was known to ancient people very well. This is not something Mendel “discovered” in his Catholic hideaway. Mendelian genetics is Cushitic. Cushites practiced it all the time. They knew that by selectively breeding certain animals together you can select traits you want. Breed two smaller dogs together, choose the smallest puppy and breed that with another small puppy, etc. several generations later – boom! You got a chihuahua.

Botanists and agriculturalists who want stronger more resistant crops find the original species that gave us the common potato, or tomato, or rice to find “new” genes (dormant genes in the wild type) and incorporate them into the other domesticated crops to improve the genetic quality of the organisms. The reason Ireland had a potato famine in the 17th century was because they planted the same type of potato in their country for hundreds of years. When the ‘potato blight’ plague came, all the potatoes were lacking genetic resistance, so the whole crop failed. Diversity makes genetics stronger. It guarantees survival.

That’s why racism is so interesting. It’s almost like Satan GMO (Mon ‘Santo’) trying to make mankind biologically vulnerable to disease by keeping them away from that root-stock Ethiopic gene pool. Why else do Ashkenazi Jews have such high rates of genetic hereditary diseases? They avoid mixing with non-Ashkenazis and so their children are too closely realted genetically (in-bred) just like ‘pure bread’ dogs, they are very prone to disease. Designer dogs have pedigrees, so that owners have a guarantee there is no inbreeding. Make no mistake: if you want a strong organism that is resistant to disease, they should not be ‘purebread’. It’s the mongrels that usually survive, because their genes are an ecclectic combination. Wolves will out-survive poodles millenia after poodles become extinct, because they are the root stock. Ashkenazis invest millions in ‘finding cures’ for their diseases when all they need is non-Ashkenazi blood. Black blood. They and all humanity probably need Afar blood to fix the mutations we have gained from all the in-breeding. Not that we are advocating some kind of sick reverse-eugenics. We just illustrate exactly why it’s so important to recognize Adam as the Black African Afar he is.

That’s just an intro to the Rastafari the genetic angle.