Greetings and Shalom in the name of Qedemawi Haile Selassie, King of kings and Lord of lords, Conquering Lion of the Tribe of Judah. Melek Media extends our love to those who are now experiencing the shake up going on in the United States.

Melek Media has one message regarding the oppression of Black people in America: Imperial Lives Matter.

InI have watched the last few months of sad news in the United States, with a vision of obscene violence paralleled in the massacres of the Hebrews in Egypt. Now is the time to see history. ‘Princes shall come out of Egypt; Ethiopia stretches her hands to God’
– Psalm 61:31 –

The Black royalty of Ethiopia must be recognised. The Imperial Davidic Monarchy rests as InI assurance of justice, as sanctuary from the system that is killing Black men and women with impunity. It is time to see our birthright for what it is –  Africans must recognise which Black Lives Matter. We were liberated from colonial oppression and enslavement by the Lion of Judah. His Kingdom broke the chains of the Fascist Dragon. And we see that the new Egypt has placed taskmasters over the Hebrews in a very updated kind of slavery.

It is the privatised, corporate dictatorship of Egypt ruled by the Pharaohs of Wall Street.

“Yet Africans have a system of their own, a nation of their own.
HIM Haile Selassie I said:

A people without a nation they can really call their own is a people without a soul. Africa is our nation and is in spiritual and physical bondage because her leaders are turning to outside forces for solutions to African problems when everything Africa needs is within her. When African righteous people come together, the world will come together. This is our divine destiny.”

Africa is InI nation and she awaits her creators. But now the creators are trapped baking bricks under the exploitations of a racist and godless system. Africans have a government within them that offers justice and peace to Black Humanity – the Imperial Monarchy. If you doubt it, take a moment to look at how the United States of America received Black Lives in the influence of the King of kings of Ethiopia – 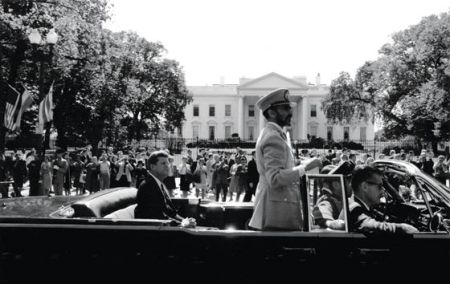 Africa’s heritage, culture and spirituality is all the inheritance of the Black Hebrews. Black lives will not matter to Babylon until Africans recognse that Imperial Lives Matter.
So we can choose.

No man can serve two masters…