Shalom brothers and sisters in the name of His Imperial Majesty, Qedemawi Haile Selassie I- The First Power of the Trinity, the Conquering Lion of the Tribe of Judah.

InI give thanks for Rastafari and His Christ, Yeshua HaMoshiyah. It is through the offering of the Lamb of God, the Lamb without blemish, InI pesach/passover, that the Hebrew nation were able to have their passover and come to the Shavuot Festival. Therefore, InI are able to celebrate the spiritual Shavuot today. If passover is a time of mourning, Shavuot is undoubtably the time for Israel to make a joyful noise to the Most High (Jah Rastafari)!

Today is the last day of the 2013 Shavuot Festival, better known as the ‘Feast of Weeks’ or ‘Pentecost’. InI would like to share some of the realted scriptures and illuminate fellow Rastafari on the significance of this festival for InI Ethiopian Hebrews and Elect Gentiles, in this time.

Shavuot commemorates the giving of the Torah on Mt Sinai before Israel entered the Land of Promise. More specifically, it is the giving on the One Law of Jah and it’s Ten Articles (otherwise known as ’10 Commandments’). This is the true and living charter of “Human Rights” – this is the Hebrew Rights Charter. This document is the contract between Israel and YHWH, agreed to before Israel could enter into Jah’s appointed Holy territory and receive the inheritance of Canaan and all the blessings from YHWH.

The name of Shavuot means “weeks”, it refers to the timing of the festival which is held exactly seven weeks after Pesach/Passover. The Torah calls Shavuot Yom Habikkurim “The Day of the First Fruits” because farmers brought the first of their harvest to Jerusalem as a sign of thankgiving to Jah for His blessings on their crops. Shavuot also commemorates the anniversary of Moses bringing the Two Tablets down from Mt Sinai. 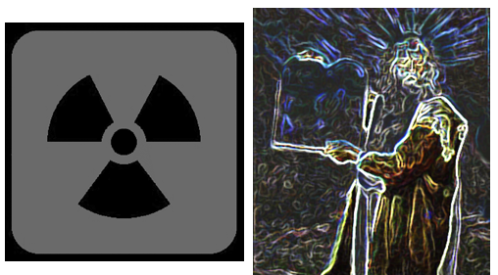 Shavuot is one of the Shalosh Regalim (the “three pilgrimages” are three holidays wherein  the Hebrews would journey to Jerusalem to worship at the Temple). Evidence that this was still practiced by Messianic Hebrews in New Testament times will be discussed later in part two.

In ancient Israel, harvest season began in Spring – with passover – when the barley crop was harvested. In the following months, other crops ripened and were also harvested. The very first ripe fruits of each species of crop were called bikkurim or first fruits. When Hebrew farmers saw the first cluster of grapes or pomegranates, he would tie a ribbon around the branch and set the fruit apart to be offered in Jerusalem. The fruits were never eaten, they were bikkkurim and only to be eaten by Levites.

The First Shavuot
On the third day of the Hebrew month of Sivan, YHWH told Moses to prepare the Israelites to meet HIM. The Almighty Creator was coming to see his people – and they were commanded to wash and purify themselves and change their garments. Israel had three days to do it. On the morning of the sixth day of this month (Sivan 6) Israel woke to great thunder and lightening. A thick black cloud hung over Mt Sinai, and the sound of the shofar (ram’s horn) echoed throughout the desert.

And YHWH’s voice spoke through the clouds:

This is the Hebrew marriage contract – Israel was marrying YHWH and (she) signed it with the words “Everything that YHWH has said, we will do”. No law = no land. The Land of Promise is covenented territory. This is not obligation free inheritance!

Possessing the Land = Entering the Kingdom of Heaven 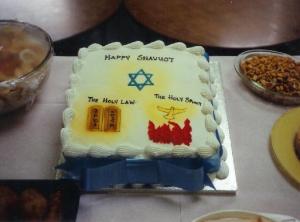